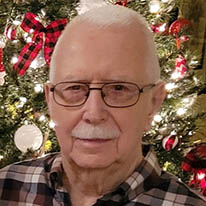 Raymond Watson Kirkbride, Sr., 89, of Chesapeake, Virginia, after a short illness, passed into eternal life at Chesapeake Regional Medical Center, where he joined his loving wife, Bette Kirkbride, on July 9, 2022.

Ray was born in North Hampton County, Pennsylvania to Everett Louis Kirkbride and Myrtle Hickman Kirkbride on October 14, 1932. He later moved to Ripplemead, Virginia and there he met his bride. He married Virginia (Bette) Belle Hare on July 14, 1956, in Narrows, Virginia. He graduated from machinist school in Radford, Virginia. He and Bette then moved to Chesapeake, Virginia where he worked for the federal government at the Norfolk Naval Shipyard for 28 years before retiring and completed his career as a planner and estimator.

Ray was also an eight-year Air Force veteran, where he served in the Korean War. He loved his church, Fairview Church of Christ in Chesapeake, where he faithfully served Our Lord as deacon for many years. He was a member of the Berkley Masonic Lodge #167, loved cars and his Ford pickup truck, could fix anything and loved to “tinker” in his garage.

Graveside funeral services will be held at 11:00am, Saturday, July 16, 2022, at Fairview Cemetery in Narrows, VA with the Rev. Dr. Fred L. Austin officiating. Arrangements are by Givens – Riffe Funeral Service in Narrows, VA.