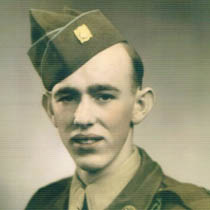 He was preceded in death by brothers, Wallace, Hubert and Herbert King and twin brother Clifford King; sisters Helen Burrogs and Myrtle Stowers. Mr. King was a World War II veteran and was retired from the Celanese Corporation in Narrows, VA.

Funeral services will be held Saturday, 13, 2016 at 2:00 pm at the Givens Funeral Chapel in Pearisburg with the Rev. Amy Bartee and Charles Henderson officiating with entombment at the Birchlawn Abby in Pearisburg, VA.

The family will receive friends at Givens Funeral Home two hours before the service from 12 – 2 pm. In lieu of flowers please consider giving a donation to a charity of your choice. Online condolences can be sent to the family at givensfuneralhome.com.