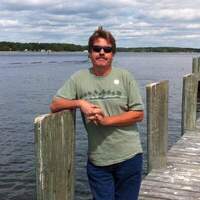 Gary Lee King, age 60 of Christiansburg, passed away Wednesday, January 20, 2021. Born February 6, 1960 in Richmond, Virginia he was the son of Sylvia Jane Lawson King and the late Wallace Jay King. His brother, Bob Washabaugh King also preceded him in death.

A huge fan of Star Trek, Gary was also a member of the “Book Club” in Roanoke he was currently employed at Motion Industries where he had been the past 5 years and had 20 years of service with Kollmorgen. Gary was a giving person and would help anyone.

Many nieces and nephews

A celebration of life will be held at a later date. To sign Gary’s online guestbook, please visit www.bowerfuneralhome.com / Bower Funeral Homes, Pulaski is handling the arrangements for the family.