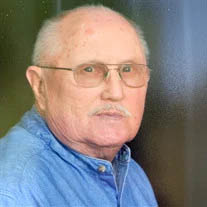 Eddie enjoyed reading the morning paper with a good cup of coffee. He enjoyed spending time with friends and family. He was a lifelong NASCAR fan and skilled mechanic. His career as a truck driver took him all over the country but southwestern VA was home. He was a member of the First Church of God in Christiansburg. He will be dearly missed by his friends and family.