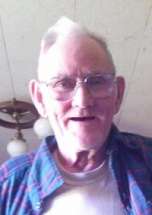 Neal Junior Kinder, 76, of Curve Road, Pearisburg, departed this life Friday morning, April 18, 2014 at Roanoke Memorial Hospital in Roanoke, VA after a short illness. Born in Pike County, Kentucky on April 17, 1938, he was a son of the late Oliver and Ethel Ramey Kinder. Most of his adult life he had been employed as a coal miner but in his last years he enjoyed farming on his land in Giles County, and was a dedicated outdoorsman enjoying both hunting and fishing. He was preceded in death by his granddaughters Audra Kinder and Carrie Kinder and his brothers Lee, Michael, and Drewey Kinder.

Memorial services will be conducted Monday at 7 pm in the Kendall Funeral Home, 605 Snidow St., Pembroke with Pastor Don Elswick officiating. The family will receive friends at the funeral home one hour before the services. Online condolences may be sent by visiting kendallfuneralhome.com.