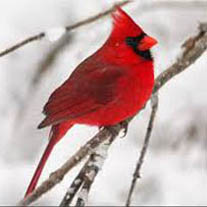 He is survived by his son, Jeff Kidd and wife, Vera; daughters, Sherree Surface and husband, John, Melinda Strager, all of Blacksburg; daughter-in-law, Betsy Kidd of Radford; greatly beloved grandchildren, Carrie Surface of Miami, FL, Sean Surface, Lori Surface, Emilyn Kidd, all of Blacksburg, Chelsey Sutton Otey and husband, John of Roanoke; great-grandchildren, Carson and Caiden Otey. Special love and gratitude are sent to those who helped care for him at home during his final months, especially, Kathy, Cindy, Robyn Dawson and her staff, Hannah, Monika, Monica, Tina, and Shannon.

Norman grew up on a farm outside Dayton, Ohio, and enlisted in the United States Air Force after college. While serving he was stationed in Germany, Alaska and several states in the lower 48. He was honorably discharged as a Captain in 1967 to pursue his dream of owning a small business. In 1969, he opened Spudnuts which was later renamed, Carol Lee Donut Shop on College Avenue in Blacksburg, VA. With the support of his wife, and managed by his daughters, Sherree and Melinda, Carol Lee has been in business for 49 years. At retirement, he moved with his wife to his farm in Pilot, VA, his favorite place on earth.

A Funeral Service will be held at 1:00 p.m. on Thursday, December 13, 2018 at McCoy Funeral Home with Rev. John Hopkins officiating. Interment will be private. In lieu of flowers, memorial contributions may be made to the Riner Rescue Squad, 1610 Auburn School Dr., Riner, VA 24149. The family will receive friends from 12-1 p.m. prior to the service at McCoy Funeral Home, 150 Country Club Dr SW, Blacksburg, VA. Online condolences may be made at www.mccoyfuneralhome.com.