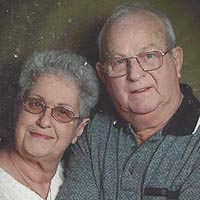 James Frazier Kidd, Jr., 86 of Narrows, VA entered his eternal home on Monday, October 12, 2020. Mr. Kidd was born on December 5, 1933 in Niday, VA and was a son of the late James Frazier Kidd, Sr. and Mammie Bell Smith Kidd. Besides his parents, he was preceded in death by one son, Jeff Kidd, son-in-law, Gary Wall and five brothers and two sisters.

Mr. Kidd was a U.S. Navy Veteran with 21 years of service, a retired employee of the Celanese Corp. in Narrows and a dedicated member of the Hales Chapel United Methodist Church in Narrows.

Funeral services will be conducted Friday, October 16, 2020 at 1pm at the Givens – Riffe Funeral Chapel in Narrows with Pastor W.R. Johnson officiating with burial following in the Birchlawn Burial Park in Pearisburg. The family will receive friends one hour before the service from 12 – 1 pm. We will be following COVID-19 precautions, please wear a mask.