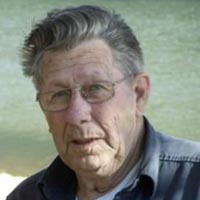 Harold Monroe Kidd, age 81 of Pulaski, died early Friday morning, April 10, 2020 at Carilion Roanoke Memorial Hospital. He was born on July 7, 1938 and was the son of the late Olivia Elswick Kidd and Harold Everett Kidd.

He was retired from Jefferson Mills with over 20 years of service. Harold then began his truck driving career, which he enjoyed up until his retirement. Early on, he was a volunteer for New River Valley Emergency Squad in the 1980’s. His son H.M., followed his father’s interest and is winding down a career with R.E.M.S.I. in Pulaski County.

In addition to his parents, he was preceded in death by: step children; Mary Draper and Debbie Donez. He is survived by his loving wife: Frances Ellen Rogers Kidd of Pulaski: son and daughter-in-law; H.M. and Tammy Kidd of Pulaski: step children; James Malone of WVa, Michael Malone and his wife Karen of Pulaski, Jerry Mullins of Draper, and Brenda Gray and her husband Kelby of Pulaski: a brother; James Kidd and his wife Marta of FL: sisters; Ann Simpson and her husband Skip of FL, and Kitty Talbert of FL. Also survived by many grandchildren, great-grandchildren, and many life-long friends.

Due to current restrictions, because of the Covid-19 pandemic, a memorial service will be held later at an announced date and time.

Life should not be a journey to the grave with the intention of arriving safely in a pretty and well preserved body, but rather to skid in broadside in a cloud of smoke, thoroughly used up, totally worn out, and loudly proclaiming “WOW! What a ride!” Hunter S. Thompson