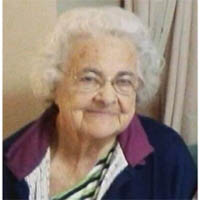 Frances Ellen Rogers Kidd, age 86 of Pulaski, died Friday afternoon, September 25, 2020 at her residence. She was born on May 21, 1934 in Pulaski, and was the daughter of the late Ruby Chrisley Rogers and Detroit M. Rogers.

She attended Brush Arbor Church, was a long-time member of the New River Valley Rescue Squad, alongside her husband and her son. She also retired with 20 plus years of employment with Jefferson Mills.