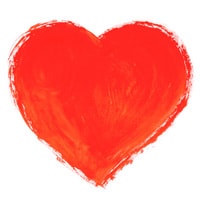 Charlene was raised along with her twin sister, Darlene, and six other siblings in Kopperston, W.Va. She graduated with honors from Oceana High School in Oceana, W.Va. She and Darlene worked for the FBI for a year and she married her high school sweetheart, Glen Keys on June 4, 1966. She worked at WV Tech. while Glenn finished his degree in engineering. They lived a short time in Frostburg, Md. and then settled in Radford, Va.

Charlene worked as Ex. Secretary for State Farm Ins. Co. while attending Radford University. She graduated with honors from Radford University with a degree in insurance and economics. She owned her own State Farm franchise in Radford for several years. Charlene and Glen were active in the Radford Jaycees, their children’s school activities, football, basketball, baseball, and band organizations. She was a member of Central United Methodist Church in Radford.

The body has been cremated, and a memorial service will be held at 1 p.m. on Monday, July 18, 2022 at the Mullins Funeral Home in Radford with Pastor Larry Dyer officiating. Charlene will be buried next to Glenn and Kevin at a later date.

The Keys family is in the care of Mullins Funeral Home & Crematory in Radford. www.mullinsfuneralhome.com