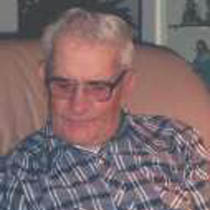 Dorsie Eugene Kessinger, 86, of Snidertown Road, Ripplemead, departed this life Sunday morning, March 6, 2016, at the Veterans Administration Medical Center in Salem, VA. Born on October 21, 1929, at Interior (Giles County), he was a son of the late Floyd C. and Carry McPherson Kessinger.

He was retired from Virginia Garage in Pearisburg as an auto mechanic and was a veteran of the U S Army during the Korean War. He was preceded in death by his brother Euel Kessinger and his sisters Sadie Rae Tawney, Geneva Jones, and Claudie Mae Hilton.

He leaves to cherish his memory his wife of over thirty-five years Janet Snider Kessinger; his daughter Kayla Maria Kessinger of Goldbond; his step son and his wife Johnny Wesley and Tammy Snider of Pearisburg; his grandchildren Wanda Sue Snider and Jonathan Snider, his brother Boyce Kessinger of Rich Creek; and several beloved aunts, uncles, nieces, nephews, and cousins.

Funeral arrangements are being completed at this time. The Kendall Funeral Home in Pembroke is in charge of arrangements. Online condolences may be sent by visiting kendallfuneralhome.com. 540-626-7221.