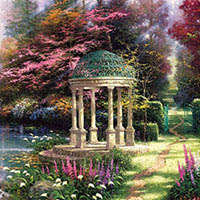 Carlotta Ragnar Kennelly, nee Nelson, died February 24, 2009, in Blacksburg, Virginia at the age of 87. She was born in Mobile, Alabama the cherished daughter of the late Irene and Ralph Nelson; sister to Rosemary Kalin, the late Irene Moore, the late Ralph Nelson, the late Joan Newton, the late Patricia Nelson, and to John Nelson (Mary). Carlotta was formerly a long-time resident of Hyde Park in Chicago, where she was the beloved wife of the late Thomas Edward Kennelly; an avid admirer of the fine arts; and a devoted special education teacher. She is survived by her daughters, Carlotta Lough and Tamara Kennelly; grandchildren John Lough (Heather), Shannon Ragonesi (Andrew), Kerry Guiseppe (Vincente), and Frank Green; great-grandchildren, Grace and Sarah Lough, Sean and Ava Ragonesi, and Billy Guiseppe; and many dear nieces and nephews. A funeral mass will be held at St. Mary’s Catholic Church, 1205 Old Mill Road, Blacksburg, Va. 24060 on Saturday, February 28, 2009, at 1 p.m. Interment will follow in the Westview Cemetery Blacksburg. Arrangements by McCoy Funeral Home, Blacksburg.