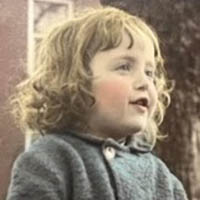 Jayne Johnston Kennedy, 86 of Pearisburg, VA, passed away on Thursday, June 16, 2022, in South Roanoke Nursing and Rehabilitation. Jayne was born on August 20, 1935, in Giles County, VA and was a daughter of the late Lillian Dennis Johnston Jennelle.

Besides her mother, she was preceded in death by her husband of 59 years, John Dennis Kennedy, one brother, Gene Johnston and one granddaughter Christie Michelle Kennedy Wilson.

Jayne graduated Giles High School “Red Devils” in Pearisburg. After she got married, she worked as a nurse, then became a fulltime mother. After raising her children, she worked as an office administrator for several doctors. She loved the company of her family, cooking and gardening.

A memorial service will be held at a later date. The family is being served by Givens Funeral Home in Pearisburg Va. (540) 921-1650.