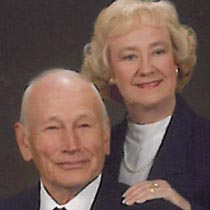 Alvis Sharon (Rodie) Kelley, 90, of Floyd Co. Passed away Sunday, April 9, 2017. He was born in Floyd County on April 4, 1927, the son of the late Frazier and Minnie Kelley. He was preceded in death by his brothers, Dalton B. Kelley and Ausborne P. Kelley.

He proudly served his country in the United States Navy during World War II on Guam in the Southern Pacific: The Greatest Generation. He was an active member of the Floyd United Methodist Church. Alvis was a Retired Captain of the Roanoke City Fire Department, with over 32 years of service. He was a member of the Firemen’s Local 1132 Union for 32 years. He treasured the friendship of his Brother Firefighters.

Alvis and his love of music was heard by many when he played his guitar, banjo, and mandolin for family and friends. After retirement, he became a gentleman farmer. Spending many hours enjoying his farm, raising cattle, and a garden, when he was not fishing and hunting on his farm named: “Pine Hill Farm”.

Alvis will be laid to rest in the family cemetery above rolling pasture fields on his farm. In lieu of flowers the family request contributions be made to the Floyd United Methodist Church. A memorial service to celebrate is his life will be at 11 a.m. on Saturday April 15, 2017 at Floyd United Methodist Church with Pastor Steve Johnson officiating. The family will receive friends two hours before service time. Interment will be at a later date in the Kelley Family Cemetery.

The family wishes to extend their gratitude to Dr. Terrence May, Dr. Dan Bauer, and our neighbors Isaac Holden, the Link family, Tina Dieno, and Jim Parker, also for the loving care of Home Health (Katie, Heather, Robyn, and Michelle).