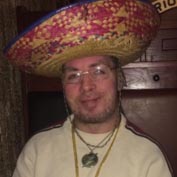 Stanley Allison Keefe, 42, of Willis went to be with the lord on September 10, 2020. He is preceded in death by his parents Stanley Joseph Keefe, Muriel Brower, mother and father in law, Daniel Keyes (Rosie), nephew, Morgan Phillips.

Instead of a service a memorial a benefit dinner will be later in October. In lieu of flowers donations may be made to help with funeral expenses at Gardner Funeral Home.

Online condolences may be made. The family is being served by Gardner Funeral Home.