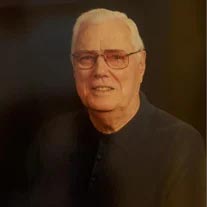 Bernward ‘Harold’ Juhle went to be with his Lord and Savior on Sunday, August 30, 2020, at the age of 85. He was born in Washington, DC on October 8, 1934, to German immigrants, the late Bernward and Elizabeth Juhle, and was raised on a farm in Charles County, MD.

He served in the US Army and the Reserves for four years. He worked as a teacher, air traffic controller, and business man in Virginia and Florida.

Visitation will be held at Riverview Baptist Church, Ripplemead, VA on Monday, September 7, 2020, from 5-7 p.m., with a Memorial Service to immediately follow at 7 p.m. A private family interment service will be held at a later date in the Southwest Virginia Veterans Cemetery, Dublin, VA.

In lieu of flowers, please make donations to Riverview Baptist Church, in memory of Harold Juhle. The family is being served by Horne Funeral Home & Crematory, Christiansburg, VA.