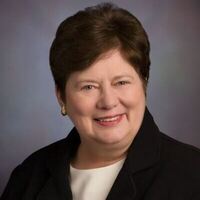 Kay Irene Kirkpatrick Jordan, 75, of Radford, VA passed away Friday, July 1, 2022. She was preceeded in death by her parents, Ruth E. Kirkpatrick and Charles H. Kirkpatrick.

Kay was a Full Professor for over 30 years at Radford University in the Department of Philosophy and Religious Studies. She enjoyed exploring and teaching others about world religions, religions in India, and women and religion. Kay had a Fullbright Scholarship and lived in India for a year. She became especially interested in women’s roles and well-being in Hunduism and society. Her book From Sacred Servant to Profane Prostitute resulted from her research on-site in India. She was very proud of her daughter and son – obtaining their PhDs (Sociology of Aging, Family, Lifecourse; Astrophysics); dedicating their lives to serving Americans and others in their own way. Kay was also very happy that her two grand-daughters have become such accomplished and successful young women.

Memorial services will be held at 11am on Saturday, July 23, 2022 at the Luther Memorial Lutheran Church in Blacksburg, VA (600 Prices Fork Road). Rev. Monica Weber will officiate. The service will be live-streamed at www.lmlc.org and recorded for those unable to attend. A simple reception will be held outdoors after the service.

The Jordan family is in the care of Mullins Funeral Home & Crematory in Radford.