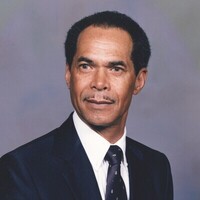 He was well known as the Radford City Schools “Mr. Bob” that was the bus driver to most of the athletic and academic competitions. He worked at Central UM Church for 42 years, was a Deacon at Zion Hill Baptist Church and was a former supervisor at both Hercules and Lynchburg Foundry.

He was preceded in death by his parents, Henry C. and Julia Lewis Jones; his wife, Betty B. Jones; sisters, Cathleen, Dorthelia and Sybil; and brothers, Joshua, Edward and James.

Survivors include his sons, Robert Jones, Jr. (Paula) and William Jones; grandchildren, Robert Jones III and Roshonda Jones; great grandson on the way; and a host of nieces, nephews, relatives and friends.

The family will receive friends from 12 until 1 p.m. on Saturday, January 16, 2021 at the Mullins Funeral Home in Radford. Funeral services will begin at 1 p.m. with Rev. Romie Horton officiating. Interment will follow in Sunrise Burial Park in Radford.

The Jones family is in the care of Mullins Funeral Home & Crematory in Radford, Virginia. www.mullinsfuneralhom.com