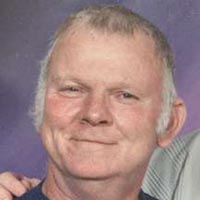 Robert “Bobby” Ray Jones, 78 of Pearisburg departed this life September 7, 2020 at his home. Born August 24, 1942, he was a son of the late Clarence and Maybell Stewart Jones.

He is preceded in death by his parents, a brother Reedy Jones; step-son, David Martin; brother-in-law, James Pritchard, and a sister, Dorothy Pritchard.

There will be no funeral services at this time. The staff of Kendall Funeral Home are honored to be serving the Jones Family.