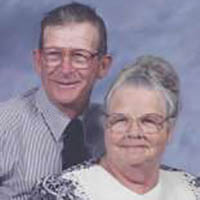 Minor Luster Jones, 79, of Curve Road, Pearisburg, VA departed this life Saturday evening, November 2, 2019 in the care of Heritage Hall Health and Rehab in Rich Creek. Born in Montgomery Co. on November 26, 1939, he was a son of the late Aubrey Jackson and Annie Lucy Bradford Jones.

He was retired from Virginia Tech in Blacksburg, and a faithful member of Shaver Memorial Church in Pearisburg, and a CB radio buff known as “DoDad”.

He was preceded in death by his brothers Aubrey (Jack) Jones, Irvin Jones, and his sisters Dorothy Noonan, Rachel Allen.

He leaves to cherish his memory his beloved wife Irene Martin Jones; his sister Betty J Vincil of the Clendennin Community at Narrows; his brothers James Willie Jones of Pearisburg and Kelly Jones of Christiansburg; numerous neices and nephews, special caregivers and neice and nephews Aubrey, Cody, and Tammy, many close friends.

Funeral services will be conducted Tuesday at 2:00 pm in the Kendall Funeral Home, 605 Snidow St., Pembroke with burial following in Angels Rest Memory Gardens at Narrows. The family will receive friends at the funeral two hours before the services.