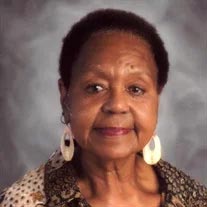 Jane Ellen Jones, age 72, of Christiansburg transitioned to her rest on January 18, 2020. Jane was born in Portsmouth, VA on November 20, 1947, to the late James C. Yerby and late Mabel Irene Ramey Yerby. She was also predeceased by a brother, James Yerby; and sister, Betty Jo Johnson.

Jane was educated in the Wythe County School System and later became a teacher’s aide for the Montgomery County Public School System for over 45 years. She was a devoted and long-time member of Greater Mount Zion UHC serving in numerous capacities over the years until her health began to falter.