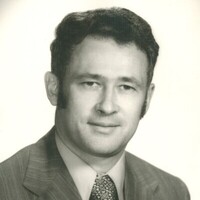 Dr. Franklin McGehee Jones died peacefully at his daughter’s home, surrounded by family on August 28, 2020, at the age of 87. Franklin was a resident of Radford, Va. since 1966. He was born in 1933 to William Neuma and Myrtle Soyars Jones. Franklin is survived by his wife of 56 years, Virginia Lou Graham Jones. He was predeceased by his granddaughter, Anna Yeatts Kaufman.

A native of Reidsville N.C., Franklin graduated from Ruffin High School in 1951, and attended Appalachian State University, receiving both a B.S. in science and mathematics and an M.A. in chemistry. He then attended the University of North Carolina, Chapel Hill and graduated in 1960 with a master’s degree in science education and chemistry. He received his Ed.D. from the University of Georgia in 1966 after further specialization in science education and chemistry. After earning his Ed.D, Franklin spent his entire career at his beloved Radford University as professor of physical sciences. He wrote and received many grants through the years, funding his work with teachers and students in counties all over SWVA. He also served in several capacities including Chairman of the Department of Physical Science and represented RU on the Intercollegiate Athletic Committee. Franklin distinguished himself as one of the leading science educators not only in Southwest Virginia, but also at the state and national levels, winning many awards for his commitment to science education. With an unassuming manner that masked his unflaggling commitment to making science more accessible and relevant to students from kindergarten to graduate school, Franklin spent nearly six decades as a strong advocate for reform in science education.

Dr. Jones grew up a farm boy in Rockingham County, N.C. As a boy he loved to play baseball, broke his nose boxing and was very competitive, yet always played by the rules. His intelligence and tenacity, with encouragement from his parents, drove him to leave the farm and pursue college. He battled health issues his entire life beginning at age 10 when he had rheumatic heart fever and it was thought he would never walk again. He defied odds over and over again with heart challenges and strokes, and was tenaciously fighting for his life until the end.

Franklin loved to spend time with his children and grandchildren. He coached his son’s baseball and basketball teams and daughter’s basketball teams. He always brought his stopwatch to his daughter’s track meets to check her pace. He attended virtually every basketball, baseball, soccer and track meet, home or away. Franklin and Ginny had season tickets to UNC football for years and he loved to watch Carolina basketball. He attended 10 NCAA basketball tournaments and was lucky enough to watch UNC win 3. Together, he and his daughter watched UNC win every one of their championships since 1982. “G-daddy” always had a science toy for his grandchildren. He loved family vacations with everyone all together, and he also loved his cats. He enjoyed debating any subject and talking to young people, as well as spending time at the family farm in N.C. and gardening at his house.

Franklin joined the congregation of The Presbyterian Church of Radford, Va. in 1966. He was a devoted church attendee and served several times as a Ruling Elder and Deacon and also served on the pastor search committee.

He is survived by his wife of 56 years, Ginny; and their two children, Jennifer Jones Kaufman (Wes) of Richmond, Va., and William Franklin Jones (Theresa) of Vienna, Va. He was so proud of his three grandchildren, William Graham Franklin Jones, Elizabeth Carrington Kaufman and Jones Gardner Kaufman. Additionally, he is survived by his brother, Cecil Ray Jones, niece, Dawn Jones McCollum and her husband, Chris and their children and grandchildren.

A drive through parking lot visitation, visiting with the family from your vehicle, will be held September 8, 2020 from 3pm-5pm at The Presbyterian Church of Radford. A graveside service will be held at Reidlawn Cemetery in Reidsville, N.C. at 2pm on September 9, 2020. We will adhere to social distancing and masks will be provided at the service. The family will plan a full celebration of Franklin’s life at an appropriate time and place. In lieu of customary remembrances, please consider a memorial contribution to The Presbyterian Church of Radford, 201 Fourth Street, Radford, VA 24141 www.pcradford.org or The Radford University Foundation in memory of Dr. Franklin Jones. Donations may be mailed to the Foundation office at PO Box 6893, Radford, VA 24142.

The Jones family is in the care of Mullins Funeral Home & Crematory, Radford, Virginia. The address for online condolences is https://www.mullinsfuneralhome.com/obits.