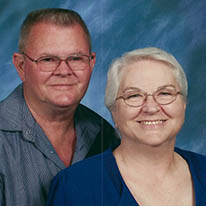 Brenda Kaye Thompson Jones, age 76 of Dublin, died Friday, August 13, 2021 at her residence. She was born in Pulaski County on October 27, 1944, and was the daughter of the late Gladys Compton Thompson and Roy C. Thompson. In addition to her parents, she is preceded in death by a sister: Zona Gail Lucado.

Funeral Services will be held Sunday, August 15, 2021 at 2:00 p.m. at Seagle Funeral Home with Pastor Tony Johnson officiating. Interment will be private at Memorial Christian Church Cemetery in Draper. The family will receive friends on Sunday at the funeral home from 1:00 p.m. until 2:00 p.m.

Beloved wife, mom, grandma and sister, Kaye Jones moved away early Friday morning to her Heavenly home. God didn’t “take” her. (He doesn’t do that, you know). He received her.

There was rejoicing as she entered His gates! We didn’t “lose her”. We know exactly where she is.

She isn’t an angel. (Did you know that people don’t turn into angels when they die?) She is still the same person – Just living in a gloriously different place!

She is seeing her oldest child, a son, for the first time! He moved there almost immediately after being born and she never even got to see him or hold him! He will love her as we did.

She is reunited with her precious Momma and Daddy. Just imagine her face light up when she sees them!

And, she gets to meet – up close and in person – her Saviour, Jesus!

Favorite memories we have of her here on earth were the times that she was laughing. She did that a lot. Those are the times we will cherish…because we know she is feeling like laughing again right now. And that’s a truly precious thing.