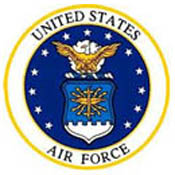 Bobby Douglas Jones, age 69 of Pulaski passed away Wednesday, April 8, 2015 at the Lewis-Gale Hospital Pulaski. He was a veteran of the United States Air Force.

Born July 11, 1945 in Pulaski he was the son of the late Richard Lee Jones and Virginia Mae Branch Jones and sisters; Charlotte Jones Saunders and Thelma Mae Jones and brother; Donnie Ray Jones and sister-in-law; Mary Jones also preceded him in death.

Many nieces and nephews.

Bobby’s wishes were to be cremated. To send the family online condolences, visit www.bowerfuneralhome.com Bower Funeral Chapels – Pulaski is handling the arrangements for the family. 540-980-6160