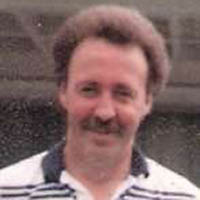 James Lee (Jimmy) Johnston, Jr. 59, of Pearisburg departed this life Friday March 27, 2009 at Giles Memorial Hospital in Pearisburg. Born in Pearisburg on October 2, 1949 he was a son of the late James L. Sr., and Edith Crabtree Johnston.

He was raised in the nurturing of Pearisburg Christ Fellowship Church, was a veteran of the U S Army serving in Viet Nam, graduated from Giles High School and New River Community College and had been employed with Patrick Enterprises, and more recently at VPI.

He was preceded in death by his parents and his wife Betty Jean Davis Johnston.

He leaves to cherish his memory his son James Lee Johnston, III of Pearisburg; his daughter Kristin Jones of Pembroke; his sisters Judy and her husband John Meredith ofNarrows and Martie J. Wickline of Pearisburg.

Funeral services will be conducted Monday at 6:30 PM in Pearisburg Christ Fellowship Church with Pastor Greg Cox, Pastor Carl Roundtree and Pastor Eddie Kendall officiating. The family will receive friends at the church from 5 PM until time for the services. Jimmy had requested that his body be cremated following the services. The Kendall Funeral Home in Pembroke is serving the Johnston family. Online condolences may be sent by visiting kendallfuneralhome.com.