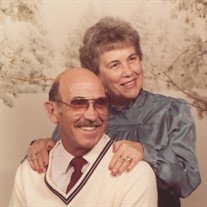 Virginia (Priss) Woolwine Johnson, age 94, of Blacksburg, died Monday, January 25, 2021, at Lewis Gale Hospital-Montgomery. She was born in Montgomery County, Va. on July 13, 1926 to the late Trigg and Alma Woolwine.

She is survived by her grandson, Cameron Johnson and fiancé Kim, two great grandchildren, Vincent and Jaxen, grandson, Charlie Estes, Heather, several grandchildren by choice, many nieces and nephews.

Funeral services will be conducted Friday, January 29, 2021 at 2:00 pm in the McCoy Funeral Home Chapel with the Rev. T. Michael Bond officiating. Interment will follow in the Roselawn Memorial Gardens, Christiansburg. The family will receive friends from 1-2:00 pm Friday afternoon prior to the service.