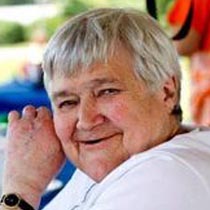 Rose Catherine Head Johnson, age 83 of Pulaski, died Wednesday, March 2, 2016 at her residence. She was born on September 24, 1932 in Carretta, West Virginia, and was the daughter of the late Malinda Sprouse Head and Oscar Head.

Funeral services will be held Saturday, March 5, 2016 at 2:00 p.m. at Seagle Funeral Home with the Rev. Darrell Long officiating. Interment will follow in Highland Memory Gardens in Dublin. The family will receive friends on Saturday at the funeral home from 12:00 noon until 2:00 p.m.