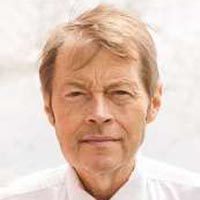 Teddy was elected as Commissioner of Revenue and as the Circuit Court Clerk of Giles County. He was a graduate of Virginia Tech with a BA degree in Political Science and a Master’s Degree in Psychology from Radford University. He was a life-long member of The Church of Jesus Christ of Latter-day Saints where he held many callings.

He truly loved his family and will be greatly missed. Teddy fought his 2 year bout with Stage 4 Cancer to the very end.

The funeral service will be held at The Church of Jesus Christ of Latter-day Saints, New River Ward, Pembroke, VA, on Saturday, June 9, 2018, at 11:00 a.m. Burial will be at Birchlawn Burial Park in Pearisburg.

Kendall Funeral Home, Pembroke, is in charge of arrangements. Online condolences may be sent by visiting kendallfuneralhome.com.