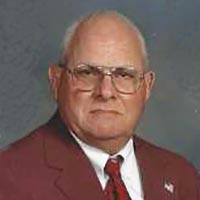 Donald Richard Johnson, 83 of Pearisburg, VA departed this life to be with his Lord, surrounded by family and in the care of Good Samaritan Hospice on Saturday Morning, March 14, 2020. Born July 29, 1936, in Appalachia, VA, he was the son of the late William and Lydia Davidson Johnson.

Donald spent his life in service to the United States Army and then 40 years with Celanese as a machinist. He was a member of Riverview Baptist Church in Ripplemead, VA.

There will be a Funeral Service for Don on Monday. March 16, 2020 at 2:00 PM in Riverview Baptist Church, Ripplemead, VA with Pastors Shahn Wilburn and Terry Easter officiating. A graveside service will follow in the Birchlawn Burial Park in Pearisburg, VA. Family will receive friends in the Kendall Funeral Home Chapel (605 Snidow St, Pembroke, VA) on Sunday, March 15, 2020 from 6:00 PM until 8:00 PM.

The Kendall Funeral Home in Pembroke is in charge of arrangements. Online condolences may be sent by visiting, kendallfuneralhome.com.