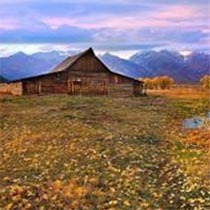 Born January 28, 1920, at Allisonia, Virginia, he was the son of the late Wyatt Clinton and Lura Manning Jennings. Quinton worked with his father operating a sawmill, for many of his early years. After his father closed the sawmill in 1960, Quinton went to work as an equipment operator, building roads in Virginia. He later worked in mining in West Virginia. He dearly loved his family and friends and his beloved farm on the mountain. He will be greatly missed by all.

Funeral services will be 2 p.m. Sunday, December 10, 2006 at the Broyles-Shrewsbury Funeral Home Chapel, Peterstown, W.Va. Burial will follow at the Peterstown Cemetery, Rich Creek, Va. Friends may call from 6 to 9 p.m. Saturday, December 9, 2006 at the funeral home. Online guest book can be signed or condolences sent to the Jennings family at www.broyles-shrewsbury.com. Arrangements by Broyles-Shrewsbury Funeral Home, Peterstown, W.Va.