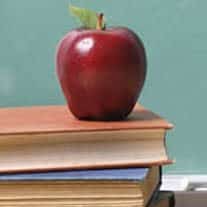 Muriel Palmer Jacobson, age 106, passed away peacefully in Blacksburg, Virginia on October 29, with her daughter at her side. Born on 15 July 1914 in Connell, Carleton County, New Brunswick, Canada, she was the daughter of Howard Colter Taylor and Georgia Pearle (Strange) Taylor. She was preceded in death by her parents, siblings, and her husband, Samuel G. Jacobson.

Muriel obtained a First Class Superior teaching license after graduating from Provincial Normal School in Fredericton, New Brunswick in 1932 at the age of 18 yr. She taught in various New Brunswick public schools before entering Mount Allison University, New Brunswick in 1938. At Mount Allison she completed the requirements for a four year Bachelor of Household Science degree in two years and graduated in the summer of 1940. After her marriage to Samuel in 1943, the couple lived in Dartmouth, Nova Scotia, where Muriel established the city’s first night school Adult Education Program in Home Economics in 1944. After retiring from full time teaching to raise three children, she continued to teach Adult Education classes and substituted in Household Science departments of public schools in Halifax and Dartmouth, N.S.

In 2000 Muriel emigrated from Canada to the United States to join her daughter in Virginia. She lived at Warm Hearth Retirement Community in Blacksburg, Virginia, and was active on the Residents Council and Board of Directors there for many years. While living in Nova Scotia, she was an active member of Canadian Federation of University Women for over fifty years and she held various executive and committee offices in that organization. She was also active for many years in Parent Teacher Associations and in the Nova Scotia Dressage Association, where she was an office-holder. She served several years as Secretary of the Board of Education at Beth Israel Synagogue, also establishing the library there and serving as its first librarian.

Muriel lived a long and full life, touching the lives of many who looked to her loving nature and her cheerful, positive outlook on life as an inspiration. As she aged, she continued to enjoy good health, riding her beloved pony Jiminy Cricket on the beach in Nova Scotia until she was in her early 80’s, and walking her little dog daily, rain or shine. She loved being outside in nature, baking desserts, spending time with her family, and keeping in touch with many dear friends in Canada. She was a loving, caring parent and best friend to her three children, and she extended that same affection to several “surrogate” sons and daughters with whom she remained closely connected over many years.

She is survived by her daughter Wendy Jacobson of Newport VA, and sons Neil Jacobson (Barbara Roosth) of Dallas TX, and David Jacobson (Yvonne Yetman) of Dartmouth NS, and special friends Penny and Jerome Tovey of Lower Sackville NS. She will be in our hearts and her memory cherished always.