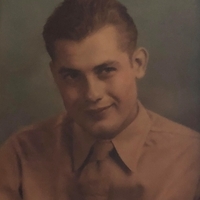 He was a veteran of the United States Army Infantry and served in World War II, where he was moved to the front lines in the Battle of the Bulge. After returning home from the war, he met the love of his life, Alma. They were married 72 years. He was honored as the “Oldest Living Veteran in Bland County”. Joseph was a Correctional Officer for 30+ years, during which time he was called to preach and was an evangelist for nearly 40 years. He pastored the Seed of Life Church in Crandon, VA, for 6 years. He loved to fish, talk about his favorite baseball team, the Chicago Cubs, and just tell about his experiences in life from childhood to present, most importantly, talking about his Lord and Savior. Whether family, friend or stranger, his guidance will be missed on every aspect of life.

Besides his parents, he was preceded in death by his step-father, Roy Semones.

Strictly following the mandated current restrictions on assembly, there will not be public services. Rev. Jackson will be laid to rest at Shiloh Cemetery, where family and friends will serve as pallbearers.