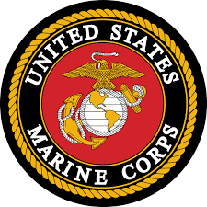 Ronald Leroy Hynson, Sr., age 76 of Radford, died Monday, April 26, 2021 at his Radford address surrounded by family. He was born in the State of Maryland on July 27, 1944, and was the son of the late Marie Garvey Hynson and William Henry Hynson, Sr.

Ron was a U.S. Veteran having provided service to the Navy, Marines and the National Guard. His specialty was a Machinist.

In addition to his parents, he was preceded in death by a sister: Shirley Manley, his second wife, Virginia Shultz Hynson, and his third wife, Barbara Dearing Hynson, step-children Amanda Dearing, and Tracy Dearing.

A graveside service at the Southwest Virginia Veterans Cemetery will be announced at a later date. Online condolences may be sent to the family by visiting www.seaglefuneralhome.com Arrangements by Seagle Funeral Home, Pulaski.