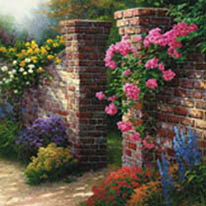 Bonnie Whitlock Hylton, age 93 of Floyd, passed away at her home Wednesday, December 19 2012. She was preceded in death by her husband, Dalton Hylton; parents G. A. and Lillie Whitlock; four brothers, Denton, Elinos, William, Ray Whitlock; and one sister Beatrice Whitlock.

Funeral Services will be held at The Presbyterian Church of Floyd Sunday, December 23, 2012 at 3:00 p.m. with Rev. David Taylor officiating. The family will receive friends on Saturday, December 22, 2012 at Maberry Funeral Home from 3:00 to 5:00 p.m.