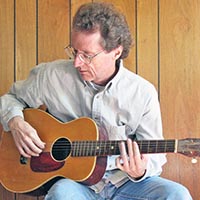 Mr. Hutchens moved to Nashville soon after to pursue a career in music and spent almost 50 years in Music City — despite his mother’s hope that he would return home “in a couple of weeks.” Although he played with numerous bands and celebrities, and wrote and published CDs and musical scores for films, his first love was sharing his gift of music and life experiences with his students.

He was a committed member of Eckankar, a spiritual belief that teaches followers to be “thankful for any gift however small, be the best person they can, do the best they can, and love the gift of life.” Mr. Hutchens family and friends describe him as “kind, honest, giving, thoughtful and talented.”

Arrangements are incomplete for a celebration of Mr. Hutchens’ life. They will be announced at a later date. Gifts in his honor may be made to the charity of the donor’s choice.