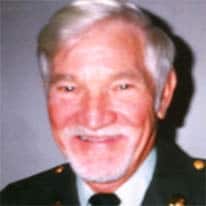 Mr. Hurd was a veteran Sergeant of the United States Army and served in the Korean War Era. He enlisted in the early 1950’s and was stationed in Augusta, Georgia for a period during his career. In honor of his service, military honors will be performed at his service.

Services will be private. Mr. Hurd will be buried at the Southwest Virginia Veterans Cemetery in Dublin, Virginia.

The Hurd family is in the care of Norris-Stevens Funeral Services in Pulaski. Online condolences can be made at www.stevensfuneralhomepulaski.com