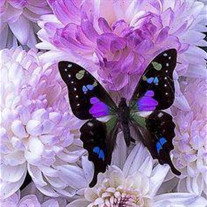 Vickie Lynn Fife Hunt, 60 of Simmonsville, VA. went to be with the Lord on Friday, January 15, 2016 at LewisGale Hospital Pulaski, VA. Vickie was born on January 17, 1955 in Yeager, WV and was a daughter of the late George Washington Fife, Jr. and Jackie Dooley Fife.

Vickie was the Deli Manager at the Prices Fork Food Lion.

Givens Funeral Home of Pearisburg is in charge of the arrangements.