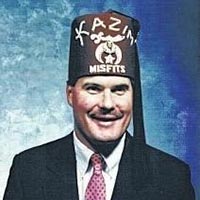 Hartwell Keith Hundley, 53, of Pearisburg, went to be with the Lord on Saturday, December 27, 2014 at his home. Keith was born on April 19, 1961 in Pearisburg and was a son of H.E. Hundley Jr. and Paula Ann Ogle Hundley of Pearisburg. He was preceded in death by his grandparents, Hartwell Elbert Sr. and Ada Hundley and Paul and Louise Ogle.

Keith was a member of the First Christian Church in Pearisburg, was an agent at Hundley Insurance Agency for 30 years, was a longtime manager of the Hundley Flea Market in Hillsville, a past president of the Pearisburg Jaycees and past chairman of the Jaycee Christmas Shopping Tour for several years, a 30 year member and past Worshipful Master of Giles Masonic Lodge # 106 A.F & A.M., a member of the Kazim Shine Temple in Roanoke, a 32 degree Scottish Rite Mason, a member of the Giles Shrine Club and a charter member of the Kazim Misfits Clown Unit. Keith was also a 1st degree black belt in Taekwondo, an avid fan of the Giles Spartans and the Virginia Tech Hokies and was an avid reader. Keith was a loving father to his son, Dylan and a friend to all that knew him.

Funeral Services will be conducted Tuesday December 30, 2014 at 11 a.m. at the Givens Funeral Chapel with the Rev. Dr. Jonathan Webster officiating with burial following in the Birchlawn Burial Park in Pearisburg.

The family will receive friends at the Givens Funeral Chapel Monday evening from 6 to 7:45 p.m. with a masonic service at 7:45 p.m. Online condolences can be sent to the family at givensfuneralhome.com.