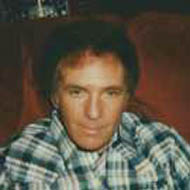 Bobby Gean Huffman, 80, of Hoges Chapel at Pembroke, departed this life Monday morning, September 19, 2016 at Wake Forest Baptist Medical Center in Winston-Salem, NC. Born in Giles County on April 7, 1936, he was a son of the late Carl and Nancy Meredith Huffman.

Bobby was a skilled tile setter and worked on many construction sites through the years. He was preceded in death by his parents, his son Bobby Leon Huffman, and his brother Roger Dale Huffman.

He leaves to cherish his memory his devoted wife Druscilla Williams Huffman; his daughter and son-in-law Sheila Diane and Michael Johnston of Pembroke; his grandson Michael Jason Johnston; and his great-grandson Devin Hale.

Funeral services will be conducted Thursday, at 2 pm in The Kendall Funeral Home, 605 Snidow St. Pembroke with entombment following in Birchlawn Abbey in Pearisburg. The family will receive friends at the funeral home two hours before the services. The Kendall Funeral Home in Pembroke is handling the arrangements. Online condolences may be sent by visiting kendallfuneralhome.com.