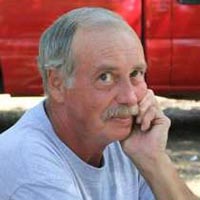 Benny Lee Huffman, 65, of Newport, VA, departed this life Tuesday evening, March 19, 2019 at Carilion Roanoke Memorial Hospital in Roanoke, VA. Born in Craig County on October 29, 1953, he was a son of the late Fred G. and Thelma Huffman.

He was a graduate of Giles High School Class of 1971, was retired from the Celanese Plant at Narrows with many years service, enjoyed being employed as a carpenter and was a member of the fellowship of believers at Bethel Chapel.

He was preceded in death by his parents, his beloved wife Linda Dalton Huffman, his grandchildren Courtney Huffman and Caitlyn Huffman, and his six siblings (until his death he took special interest in caring for the needs of his brother Larry).

Funeral services will be conducted Saturday, March 23, 2019 at 11:00 am in the Kendall Funeral Home, 605 Snidow St., Pembroke with Pastor Eddie Kendall officiating. Burial will follow in the Ross Cemetery at Maywood in Craig County. The family will receive friends at the funeral home Friday evening from 6 until 8 pm. Online condolences may be sent by visiting kendallfuneralhome.com