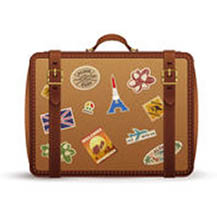 Those that Walter left behind to mourn his loss are his mother, Dollie Mae Huff, of Pulaski; brothers and sister-in-law, Tony Huff, of Dublin, and Gordon and Alice Huff, of Pulaski; aunt, Lucy “Duckie” Huff, of Pulaski; three nieces; and one nephew. The family will welcome friends at Stevens Funeral Home, 815 Randolph Avenue, N.W., Pulaski, Va., from noon until 2 p.m. on Saturday, January 17, 2009, with a memorial service at 2 p.m. with Pastor Randy Winn officiating.

Walter was an avid learner from an early age and excelled through school. He attended Pulaski County High School, Governors School, was accepted to MIT however stayed closer to home and attended VPI & SU, graduated with honors with a bachelors in then a little known field as computer science.

Walter’s first job and (we think) his biggest accomplishment was to help program the Flight Simulators on the first NASA Space Shuttle Program in Houston, Texas. Walter moved onto Huntsville, Ala., where he continued to work in the same field for various companies and then doing private contract work. Walter loved to travel and by doing so saw many things and met many people. He will be missed greatly.

In lieu of flowers, the family is asking that donations be made to either the American Cancer Society or your local Society for Prevention of Cruelty to Animals.

His family would like to thank all of his friends who have helped Walt while he was sick and during our stay in Alabama. Arrangements by Stevens Funeral Home, Pulaski, Va.