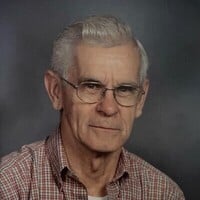 Marvin Lawrence “Buddy” Hudson, 88, of Pembroke, departed this life on Thursday, December 30, 2021, in the sweet embrace of his loving family and with his pug Maggie at his feet. Buddy was born the day after Christmas in 1933 to the late Raymond Lawrence Hudson and the late Ora Willard Taylor of Pearisburg.

Surprisingly, the man who never seemed to age barely lived to see 1934, because for a while, the only thing Buddy would hold down in his stomach was Eagle Brand milk. From that moment forward, he was determined to live a life that beat the odds; and that is exactly what he did. After laboring on the Willard family farm in Rye Hollow and securing a seventh-grade education, he began his career carrying buckets of water across steel beams for construction workers at Celanese.

After working other odd jobs in Giles County, and with about twenty dollars to his name, Buddy headed northeast to look for work. When the well ran dry, and after a couple night’s sleep on some park benches in Baltimore, Buddy found his first big job at Dom’s Food Basket. And just like that, his hankering for the grocery store business began, and Giles County’s favorite entrepreneur was born.

Buddy’s career eventually led him to Northern Virginia, where he met his mentor Nat Movitz and the love of his life, Alice Marie Simmons. Bud and Alice met at the corner drug store in Fairfax in early 1960 and married less than a year later on September 10. Their marriage was fruitful, and along with a handful of local grocery stores, they produced three loving daughters.

There is no denying that he was a pillar of the community and the lives of his family. Most folks knew Buddy from one of the seven stores he and Alice operated in Giles County—from Pearisburg Food Center to both Little Giants and Super Val-Us—but his family knew him best as a loving Husband, Dad, Brother, Grandad, Father-in-Law, Uncle, and Great Grandad.

In addition to his wife Alice and his three girls, Brenda Metro (Andy), Jennifer Williams (Adrian) and Karen Hudson, Buddy is survived by his sisters Shirley Ritter and Juanita Lucas. He is preceded in death by his stepfather Bob Taylor and sister Francis Perdue. Few people adored him more than his nine grandchildren, Andy, Jennifer, Madison, Paige, Maya, Aidan, Zane, Ian, and Aniston, along with his seven great-grandchildren, Ella, Aubrey, Bryce, Brody, Theo, Marshall, and Austin.

Buddy was an incredibly consistent man (almost always wearing a plaid shirt and Wrangler jeans); he was satisfied with little (even when God blessed him with an abundance); and he wanted so much more for the people he loved (there was no better provider).

Bud’s family thanks his generous caregivers, Beth and Jessica, and Carilion Hospice (especially his nurse, Joelle) for their invaluable assistance in his final days.

In lieu of flowers, the family requests that donations be made to the Giles County Animal Shelter or the Alzheimer’s Association.

A guestbook is available to send condolences or share a story by visiting www.kendallfuneralhome.com.

The staff of Kendall Funeral Home are honored to be serving the Hudson Family.