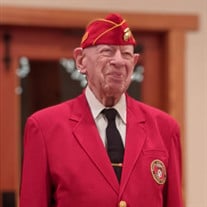 To Dad, with love from Michael, David, Victoria and Steven.

Mel was a joiner. He loved people. And by most accounts, people loved him right back. He and Mom retired in 1995 and moved from the family home in New Rochelle, NY to Blacksburg, VA. Once here, Dad became, in no particular order, a Golden Hokie and a Rotarian, a member of the Torch Club, the University Club, the Estate Planning Council, the Marine Corps League, Shawnee Hunting Club, the Montgomery-Floyd Library System Endowment Fund, the Coast Guard Auxiliary at Claytor Lake, the Semper Fidelis Society of the Marine Corps Museum, the Blacksburg Sports Club, the Hillel Society at Virginia Tech, the Blacksburg Jewish Community Center and more. He held leadership roles in most of these organizations, including a term as Chairman of the Montgomery County Republican Party and ran for a seat on the Blacksburg Town Council. He also wrote or revised most of these organizations’ by-laws; but member or leader, Dad took joy in giving back to the Blacksburg community he loved.

Mel graduated from DePauw University in Greencastle, IN where he met and fell in love with his roommate’s girlfriend, Helen Talbert. He captured her heart and she his. After graduation, they moved to New York for Dad to attend Columbia Law School. A member of the Marine Corps Reserve through his college years, Dad was called to active duty during the Korean Conflict, deferring his last two years of law school at Columbia University. He spent his career pursing two loves – law and business. Once in Blacksburg, though, Dad faced failure – he didn’t know HOW to retire. After a couple of years volunteering for various organizations, he became a member of the Virginia Bar and opened a thriving solo practice in wills, trusts and estates. He tried to retire. He failed again. He went into partnership with Steve Wagner and spent many years at the Wagner and Huber law office in Blacksburg. He tried to retire and failed once more. He started a company to sell insurance and annuities. He stopped trying to retire. And, on October 12, 2021, he got his final promotion. Rest in peace. May his memory be a blessing.

The family requests no flowers, but if you wish to make a donation in Mel’s name to the Community Foundation of the New River Valley (cfnrv.org) the gesture will be appreciated. Special thanks to everyone at Good Samaritan Hospice for their kindness and assistance to dad over the past year – with special thanks to Angie (dad’s ‘angel’), Brittany and Kayla.

Funeral services will be conducted Friday, October 15, 2021 at 11:00 am in the McCoy Funeral Home Chapel. Interment will follow in the Memorial Gardens of New River Valley. The family will receive friends from 6 to 8 pm Thursday evening at McCoy Funeral Home, 150 Country Club Drive SW, Blacksburg, Va.