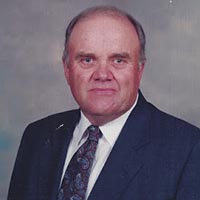 Dallas Leon Hubbard, Sr, 79, of Floyd, passed away on Saturday, August 15 after a lengthy series of illnesses. Dallas was born on April 2, 1941, and was preceded in death by his parents, Earnest and Ruby Hubbard; a grandson, Enoch Hubbard; and nephews, Scott and Lyndon Hylton; as well as special dogs, Prissy, Oreo and Cookie.

Dallas graduated from Willis High School in 1959 and began working in his father’s lumber company. Together they formed Hubbard Lumber Corporation. In 1991 he retired from working with timber and returned to his first love, which was farming and working with cattle.

He was a longtime member of Topeco Church of the Brethren having joined at age 14. He was a member/chairman of several committees. He was selected to be a deacon and served in that capacity until his illness prevented it. He enjoyed being the church “Candy Man.”

He was noted for his dry sense of humor, his love of laughter, and his generosity. When he heard of a need he was always willing to help. He had a heart for young people, and employed, mentored or otherwise encouraged several over the years who became like additional children or grandchildren to him.

Due to the current virus threat the family will be holding a private graveside service with Rev. Ted Turner and Rev. Mike Varner officiating.

In lieu of flowers, please consider making a contribution to Topeco Church of the Brethren, Camp Bethel (Fincastle, VA) or St. Jude’s Children’s Hospital. The family would like to thank all the caregivers who helped out over the past several years.