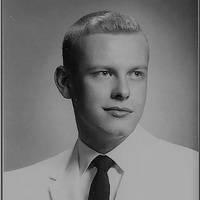 Donald Leigh Howell, 76, of Lynchburg, passed away suddenly at home of natural causes on Tuesday, December 25, 2018. He was the beloved husband and best friend of Martha Kirby Howell for 52 years.

Born in Christiansburg, he was the son of the late Clarence Edgar Howell and Dorothy P. Howell. Don graduated from Radford High School in 1961 and received a B.S. degree in Mechanical Engineering from Virginia Tech in 1966. He was awarded a Master’s Certificate in Project Management from The George Washington University School of Business and Public Management in 2002.

He retired from the nuclear power industry after over 45 years of service with the majority at Framatone in Lynchburg. Don was a member of First Baptist Church in Radford. He was an avid boating and skiing enthusiast and loved spending time with family and friends at Smith Mountain Lake. He and Martha also enjoyed extensive traveling.

In addition to his parents, he was preceded in death by his brother, Gary Edgar Howell.

Interment will follow in Highland Memory Gardens in Dublin.

In lieu of flowers, the family requests that contributions be made to Central United Methodist Church, 803 Wadsworth Street, Radford, VA 24141 or your favorite charity.

The Howell family is in the care of Mullins Funeral Home & Crematory in Radford.