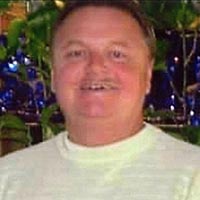 Ricky Dale Houston, age 55, passed away on Wednesday, September 9, 2020, at the Augusta Health Hospital in Fishersville, VA. Born April 12, 1965, in Allentown, PA, he was the son of the late Jimmie Dale Houston and Annise Ailene “Ann” Osborne. Ricky worked at Celanese until his retirement. His favorite hobby was fishing. He was a beloved brother, uncle, and friend who will be missed by all who knew him.

In keeping with Ricky’s wishes, he will be cremated. Memorial services will be held at a later date. Online guestbook can be signed or condolences may be sent to the family at www.broyles-shrewsbury.com. Arrangements by Broyles-Shrewsbury Funeral Home, Peterstown, WV.