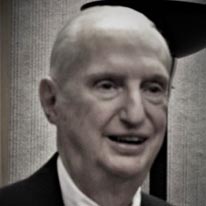 Dr. Paul H. Hoepner, Sr. of Blacksburg, VA now rests in God’s loving arms. He made his final journey to his heavenly home on December 2, 2018.

Married to his high school sweetheart, Esther Ilona Kravec who preceded him in death in 2012, he joined the Virginia Polytechnic Institute faculty as an Assistant Professor of Agricultural Economics in 1959 moving into a Full Professor faculty position in 1967. During his tenure at Virginia Tech, Dr. Hoepner also fulfilled the positions of Associate Dean of the Graduate School (1971-1978) and Acting Dean of the Graduate School (1978-1979). In 1999, he was named Professor Emeritus of Agricultural and Applied Economics at Virginia Polytechnic Institute and State University. Honors included the 1965 William E. Wine Award for outstanding teaching, recipient of the 1989 Distinguished Faculty Service Award in recognition of services as Vice-President and President-elect of the Faculty Senate, Honorary member of Alpha Gamma Pho Fraternity in 1994, and elected to Upsilon Pi Epsilon Honor Society in Computer Sciences 1978.

The family would like to thank the LewisGale Hospital Montgomery, Blue Ridge Cancer Care, and Good Samaritan Hospice staffs for their tremendous compassion, outstanding care, love, and support during this difficult time.

In lieu of flowers the family requests a donation be made to St. Judes Children’s Hospital or to the no-kill Montgomery County Human Society on behalf of Paul H. Hoepner, Sr.