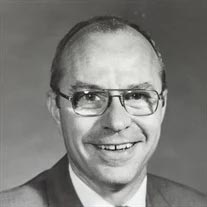 Dan Bert Hodge was born and raised in North Manchester, Indiana and died on July 20, 2022 in Blacksburg, VA at the age of 83. He is survived by his wife of 58 years, Lorraine Ann Sandbakken Hodge; son Mark (Washington, DC); son Tim (Blacksburg, VA); Tim’s wife, Julie Dryden Hodge; and two grandchildren, Laura and Robert.

Dan discovered the world of short wave radio in junior high school. This, ultimately, led to his career in electrical engineering. He earned amateur and commercial radio operators licenses during high school. His first “real” job was as an announcer and transmitter engineer at WIBC in Danville, IL. He also worked part time at radio and TV stations WFBM, WIBC, and WBAA during his undergraduate years at Purdue. While in graduate school, he worked at Collins Radio and MIT Lincoln Lab during summers. He also met and married Lorraine during graduate school. Upon completion of his PhD, he and Lorraine spent a year is Oslo, Norway, where he was a Royal Norwegian Postdoctoral Fellow at the Norwegian Defense Research Establishment. Subsequently, he was an electrical engineering faculty member at Purdue, Illinois, Ohio State, and Virginia Tech. Some of his research activities related to the effect of rainfall on radio wave propagation. As a consequence, he also served as a Visiting Professor of Meteorology at McGill University. He served as Department Head at the Virginia Tech Bradley Department of Electrical Engineering and Department Chair at the OSU Department of Electrical Engineering where he retired.

Dan was a consultant to more than twenty-five companies and government agencies. He also served as a consultant in forensic engineering. In addition, he served as Chair of the National Electrical Engineering Department Heads Association and as a member of the IEEE Educational Activities Board.

In 2011, Dan finally retired, and he and Lorraine moved to Woods Edge, Warm Hearth Village, Blacksburg, VA. Here he served on the Board of Directors of the Woods Edge Condominium Association

As a boy, Dan enjoyed Boy Scout activities. He earned the Explorer Scout Silver Award while in high school. Later, both Dan and Lorraine served as volunteer leaders for Indian Guides, Cub Scouts, and Boy Scouts. He was an inveterate collector ranging from hats to antique tools. Dan took piano lessons as a boy and studied piano at the Jordan Conservatory in Indianapolis. He was pleased when he entered retirement and found that he could recover many of his piano playing skills after many years of little practice. He also enjoyed building models, particularly train and ship models. Finally, he enjoyed his friends and family and, particularly, helping them when he could.

Memorial contributions may be made to the Dan & Lorraine Hodge Department Head Discretionary Endowed Fund in the VT Foundation or to the Warm Hearth Foundation.