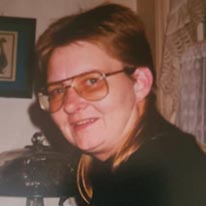 Ann Cheryl Hobbs, 61 of Pearisburg, VA. Joined her loved ones in Heaven Friday, August 19, 2022, at Carilion Roanoke Memorial Hospital. Cheryl was born on April 10, 1961, in Pearisburg and was a daughter of Barbara Ann Morris Hobbs and the late Franklin Delmont Hobbs. Besides her father, she was preceded in death by a brother, Keith Alan Hobbs.