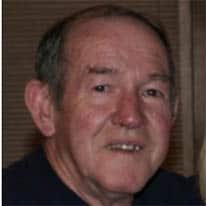 Theodore Branscome Hoback, 81, of Pulaski, went home to be with the Lord on Tuesday, December 28, 2021. He was the son of the late Theodore Roosevelt Hoback and Mary Elizabeth Jones Hoback. In addition to his parents, he is preceded in death by his son; Todd Channing Hoback; sister, Elizabeth Anderson, and brother-in-law, Elton Anderson.

He retired from Pulaski Furniture after 23 years of service. Prior to his time with the furniture factory, he was a welder in Ohio. He was very proud of his work and enjoyed sharing stories of his experiences with his family. His family was his ultimate happiness, and it shows through many of the photos we are left with today. Aside from taking care of his family, Mr. Hoback was an avid supporter of St. Jude’s Children’s Hospital and would donate often to support their research. His hobbies were guns, cars, outdoors, and spending time with his family.

The Hoback Family is in the care of Norris-Stevens Funeral Services. Online condolences can be made at www.stevensfuneralhomepulaski.com